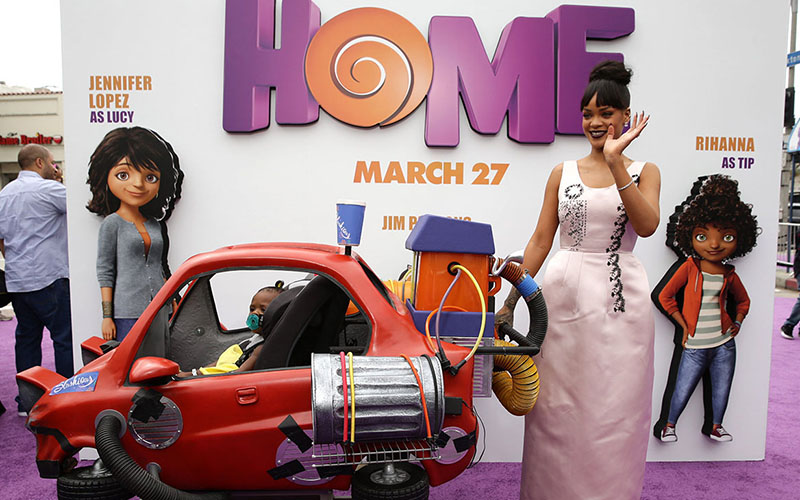 Last week was pretty big for Rihanna. In addition to debuting her new single “Bitch Better Have My Money,” RiRi was also able to celebrate the release of her new animated film “Home,” which opened at the box office at No. 1 and raked in $54 million.

The film’s opening weekend exceeded expectation by far (it grossed over $100 million worldwide) and clearly beat out Will Ferrell and Kevin Hart’s comedy “Get Hard,” which opened at No. 2 with $34.6 million.

“Home” is the first 3D animated film starring an African-American girl protagonist, voiced by Rihanna, who plays a teenage girl left alone after an alien invasion on earth.

Jim Parsons, Jennifer Lopez and Steve Martin also star in the movie, which marks the best opening for a DreamWorks Animation film since “Madagascar 3: Europe’s Most Wanted” ($60.3 million) in summer 2012, and the third-best showing ever for a DreamWorks title.

A big congrats goes out to Rihanna and everyone else involved with the film!