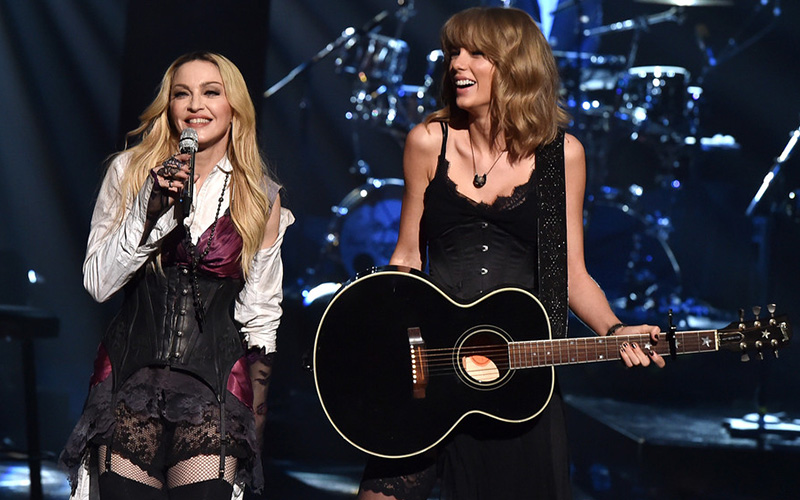 One of the biggest highlights from Sunday night’s iHeartRadio Music Awards in Los Angeles came when Madonna and Taylor Swift teamed up for an unforgettable performance of Madge’s new single “Ghosttown.”

Taylor Swift rocked out on acoustic guitar as Madonna sang the vocals and the pair — both dressed in thigh-high stockings — collectively brought the house down.

This is how Vanity Fair described the performance:

The duo took to the stage on Sunday night at the iHeartRadio Awards to perform Madonna’s song “Ghost Town” with her Madgesty on vocals and Swift strumming the life out of her acoustic guitar. This isn’t the first time Madonna has enticed a younger pop star on stage with her. Christina, Britney, Miley, etc., we’ve seen it all before.

And, yes, like other young pop stars before her, Taylor went a little edgier with her style in order to keep up with Madonna, mirroring the pop queen’s lace-top stockings and garter look. But since this is sweet pop princess Swift we’re talking about, there was no repeat of the famous 2003 incident with Brit, Madonna, and Christina. The pair opted instead for a more chaste peck on the cheek.