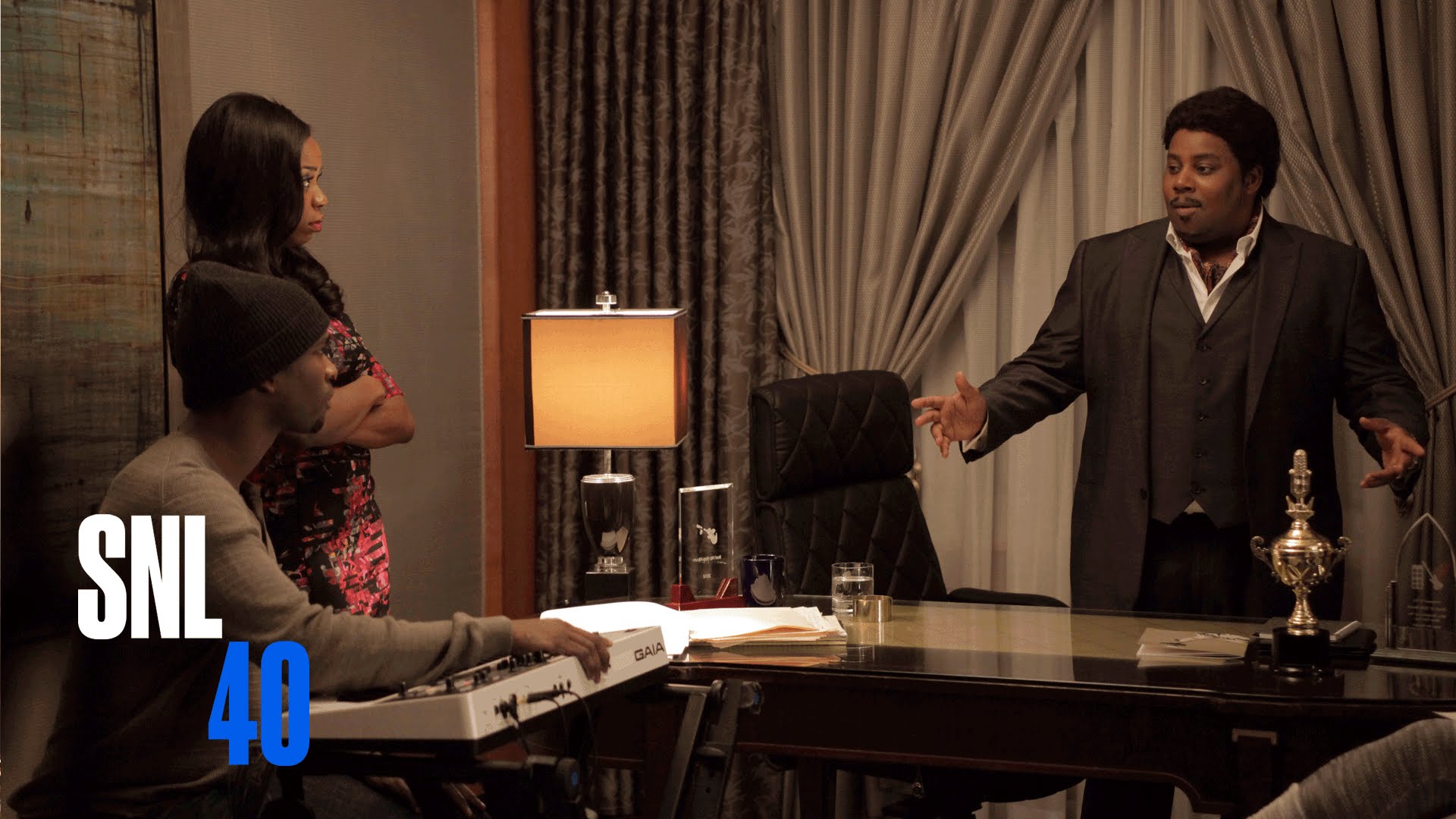 Fox’s “Empire” has no doubt been a monster hit on TV, with its ratings increasing every week, and last week “Saturday Night Live” made the show’s popularity official by spoofing it. In the skit, host Chris Hemsworth takes on the role of “Chip” (aka “A White Guy In Khakis”), the new office manager at Empire Entertainment, who — being the only white guy at the company and all — finds himself in a number of awkward situations; namely, trying to get Hakeem (Michael Che) and Jamal (Jay Pharoah) in the middle of an argument to sign a birthday card for Cookie (Sasheer Zamata), and walking in on Cookie beating on Hakeem while he’s trying to present her with some balloons.