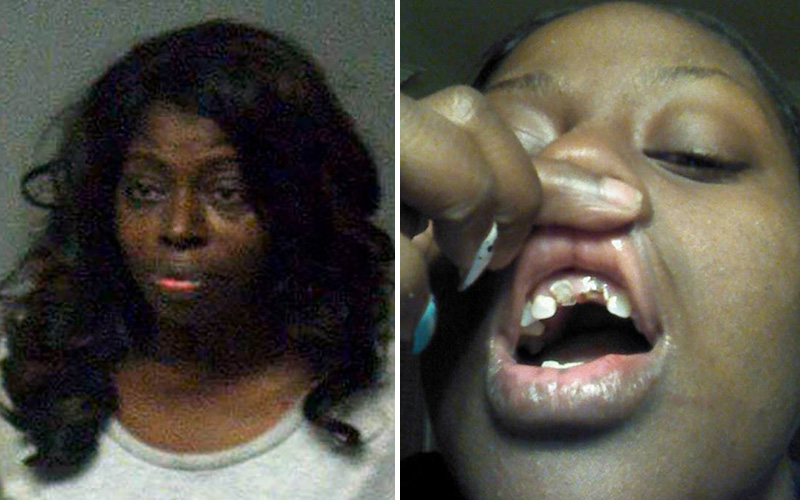 R&B singer Angie Stone was arrested Monday night after she got into a physical altercation with her 30-year-old daughter Diamond.

According to TMZ, Angie knocked out several of her daughter’s teeth with a metal stand during the fight, which reportedly started when Angie complained to Diamond about not cleaning up after her children.

But it seems like Angie wasn’t the only one in the wrong. According to police, Angie told them her daughter Diamond punched her in the face and she only acted in self-defense.

Angie also claims that she accidentally hit Diamond in the face and tried to flee once she realized the mistake, but Diamond continued to come after her. A family friend was able to break up the fight moments later.

Angie was booked for aggravated assault, and Diamond was also arrested but was released with no charges.

Since news broke about the fight between mother and daughter, Diamond has taken to her Facebook page to give her take on what all happened and to take further jabs at Angie.

“People are so quick to pass judgment but never really know the full story. Never uphold people in wrong no matter who they are I’m crushed but I ain’t dead so for the people that praise “her” keep right on just know that it ain’t over.

“You so big and bad but had to use a weapon on me in a fight that you started. You giggled on the inside because you thought I was going to jail too… I’m sick of putting up these fronts and because you took shit to another level I will too.

“I love all my family but I cannot take anymore abuse so I’m separating myself from it all. I pray God heals us from this but from where I sit there is no turning back cause if you ain’t wit me you against me. You so worried about to media and the press but I promise you this I will not rest until my story is heard!”

Diamond also provided photos showing the extent of her injuries — a busted lip and 2 knocked out teeth — after the violent encounter with her mother: