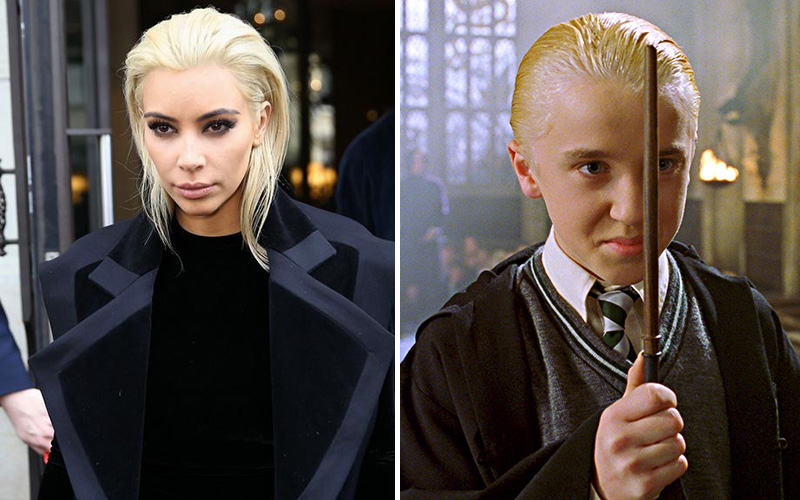 When Kim Kardashian debuted her new blonde hairdo at the Balmain show during Paris Fashion Week, the Internet immediately compared her to a certain famous book/movie character: Draco Malfoy from Harry Potter!

The resemblance is so uncanny that Tom Felton himself — the actor who plays Malfoy — even joined in on the fun by reposting the photoshopped image of Kim Kardashian on his body on Instagram.

“So apparently Kanye has a Draco fetish….#muse,” Felton joked in the caption.

So apparently Kanye has a Draco fetish….#muse