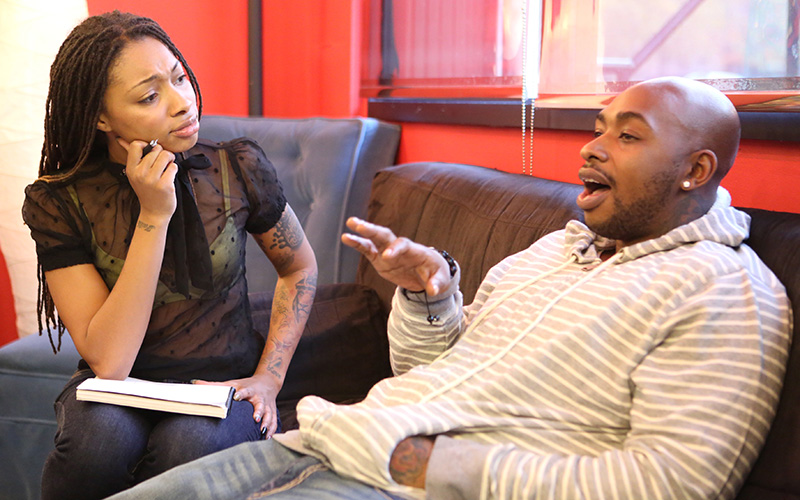 A video on VH1.com shows the cast being a bit apprehensive about giving out their government names, but after a little teasing they eventually give in and reveal what’s listed on their birth certificates.

Walt: I don’t have anything to hide, it’s Walter Miller. That’s it.

Sassy: Most of you guys know me as “Sassy.” But my government name is Ashley Nicole Bermudez. And yes, I’m half Puerto Rican.

Ceaser: Y’all know me as “Ceaser.” But my real name is David Emmanuel… Oh that sounded white.

Puma: The world knows me as “Puma.” But my real name is Paul Robinson… I know!

Quani: Everyone calls me “Quani,” but my real name is Shaquana Robinson.

Dutchess: You might know me as “Dutchess” from Black Ink Crew. But my mother named me Cristana Lavielle Lattimore… It’s French! I can’t help my mom’s Creole!

Watch these people and enjoy the fruits of their shenanigans Monday nights at 9pm/8c on VH1.