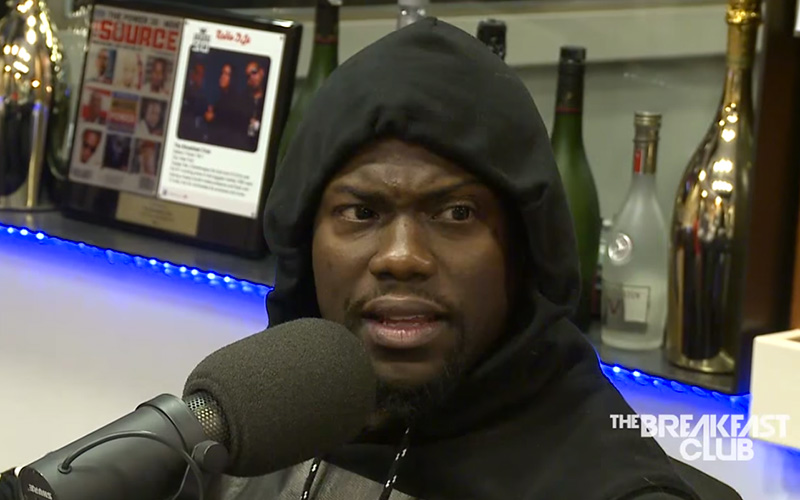 Actor/comedian Kevin Hart made an early morning stop by “The Breakfast Club” last Friday (Jan 16) to promote his new film “The Wedding Ringer.”

While there, Kevin talked about the Sony hack and being called a “money whore,” having beef with Mike Epps, and why he will never play a gay role.

“Not because I have any ill will or disrespect, it’s because I feel like I can’t do it because I don’t think…I’m gonna dive into that role 100 percent because of the insecurities of myself trying to that part…like what I think people are going to think while I’m trying to do this is going to stop me from playing that part the way I’m supposed to.”

“Seven years later when [I’ve] done this part and you say, ‘Hey Kevin, I thought you said you would never do it.’ I’m at a point where I want to take a chance, this role made sense, the story made sense, I may do it…You don’t know what tomorrow holds. Once again, if I get to the point where I want to challenge myself in the business, and I’m all about the art, who knows if that’s the right artsy piece that can get Kevin Hart an Oscar and show a different acting talent. But right now, it’s not on the drawing board.”