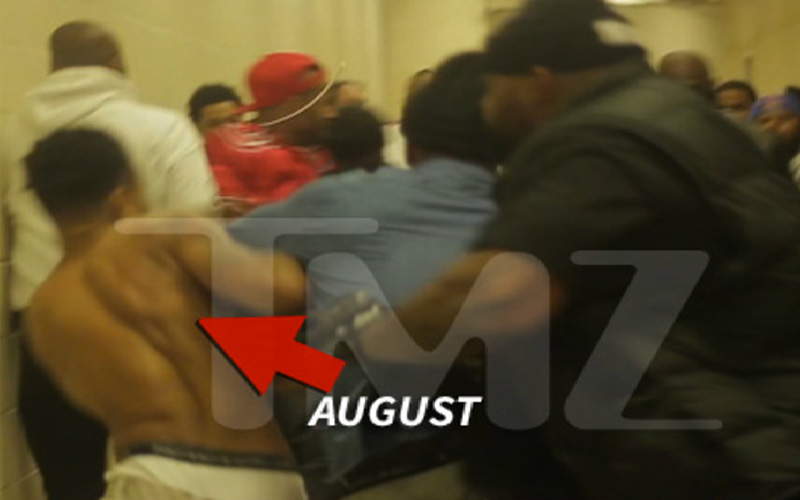 August Alsina is slowly, but surely starting to give himself a bad name.

The R&B singer performed for the “State of Emergency” charity concert promoting non-violence in St. Louis over the weekend, however what was supposed to be a peaceful show turned out to be the exact opposite.

After finishing up his set, August and friends got into a fight backstage with the show’s promoter Slim.

Apparently, it was all over August showing up late to the show, but regardless, this is not a good look for the “No Love” singer who already showed his azz on live TV during an appearance on “106 & Park” last year.

The show was called State Of Emergency 2 and it went down Saturday night at Chaifetz Arena in St. Louis. Proceeds from the show went to the Put Down the Pistol program.

According to our sources, Alsina got into it backstage with the show’s promoter, Loose Cannon Slim, after Slim got upset at Alsina for showing up late. Words were exchanged and it seemed as if it would stop there … until the punches started flying.

The video is crazy — you can see Alsina go after Slim, who got knocked to the ground. One of Alsina’s people quickly pulled him off … while Fabolous watched from a distance — holding his drink.

Peep the fight below:

And here’s another angle:

August Alsina is RATCH-ET. But at an anti-violence concert though? SMH!