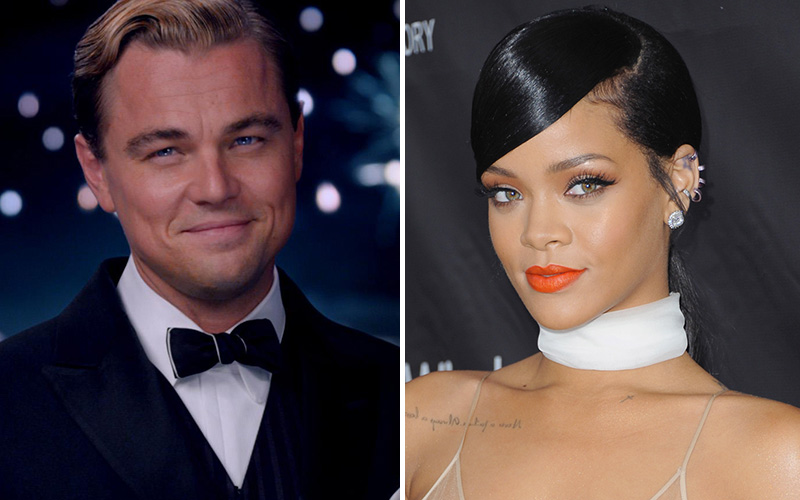 Leonardo DiCaprio and Rihanna may be hooking up, if recent reports are to be believed.

Sources tell TMZ, the two superstars were spotted kissing and getting real cozy this past weekend at the Playboy Mansion for designer Nikki Erwin’s birthday party. (Yes, you read that right … K-I-S-S-I-N-G!)

Many other celebrities were in attendance for the birthday celebration, including Paris Hilton, Hilary Duff, Tom Hardy, Pamela Anderson, Naomi Campbell, and Tobey Maguire.

Leo and Rihanna didn’t leave the event together, but ended up at the same after-party.

This isn’t Leo and Rih Rih’s first time being linked together; both of them partied in St. Barts for New Year’s Eve.

Back in 2011, Rihanna was caught by paparazzi leaving Ashton Kutcher’s house in the middle of the night. So if she and Leo were to get together, it wouldn’t come as a huge surprise.

We all know Rihanna has a thing for rich & famous white guys!