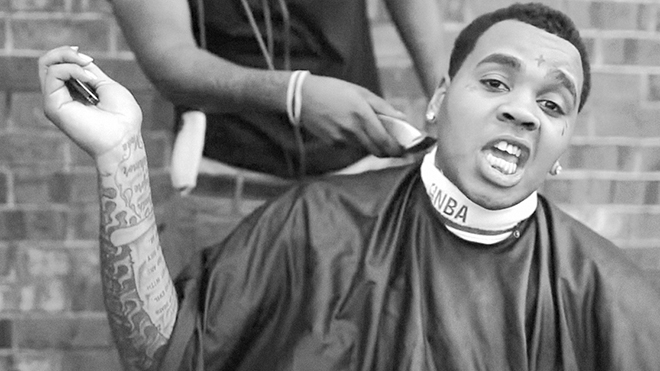 Kevin Gates learned a BIG lesson about flirting and touching on other people’s women.

The “I Don’t Get Tired” rapper got stuck in the face after he recently kissed a female fan at one of his concerts.

Apparently, the woman’s boyfriend was also in attendance at the show and didn’t take too kindly to Kevin putting his lips all over his woman.

I mean … this is the same guy who openly admitted to eating booty so I wouldn’t want him kissing on my girl with them doo-doo lips either.