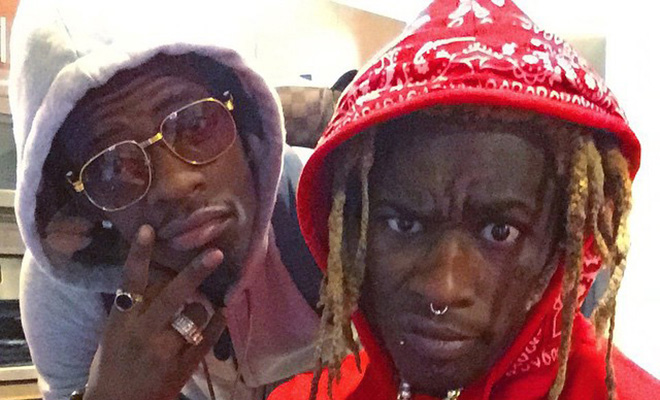 Gay or Nay? Rich Homie Quan has finally spoken out on Young Thug calling him his “hubbie” on Instagram.

In a recent interview with Sway Calloway on his “Sway in the Morning” Sirius XM radio show, the “Type of Way” rapper denied all claims that he and Young Thug are gay.

According to Quan, Young Thug calling his homies “bae,” “hubbie,” or “lover” is all apart of his slang and is not meant to be taken any other way. He also says he doesn’t pay attention to the comments on social media because that’s what people want him to do.

“First and foremost I try not to get into all the comments, because it be so many, but at the same time I see them. If I respond back to that, that’s what they want me to do. Everyone in Atlanta know me and Young Thug is not gay. With Thug it’s different , it’s just his slang.

“I don’t take nothing of it or nothing. I know I ain’t gay, everybody know I ain’t gay. I get a joke out of it, ’cause it’s just so funny how people will take anything and run with it.”

Quan also spoke on his father being shot a few months back, his relationship with Birdman, Lil Wayne falling out with Cash Money, and more.