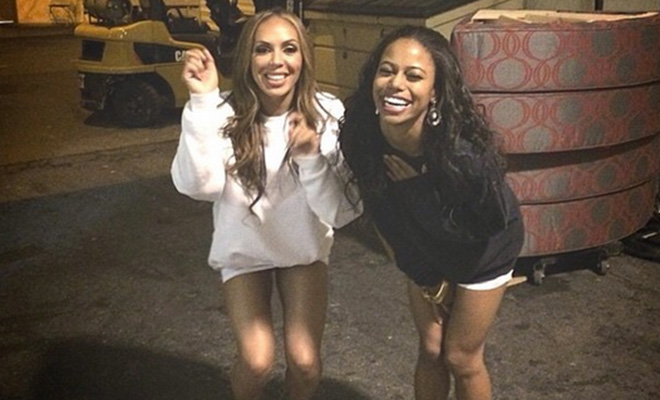 “Hit the Floor” star Taylour Paige is mourning the loss of her good friend and co-star Stephanie Moseley after she was shot and killed by her husband Monday (Dec 8) in a murder-suicide, and earlier this week, Paige took to Twitter to express her heartache.

“Today is the worst day of my life,” Paige tweeted the day Moseley died. She then went off on Earl Hayes, the man who killed her friend before taking his own life (apparently over an affair she was allegedly having with R&B singer Trey Songz), and also slammed the people who were posting “R.I.P. Earl Hayes.” Paige has since deleted the tweets and expressed her sympathy to Hayes’ family:

No anger will bring her back, just praying for healing and strength

Hayes family is grieving a big loss too. They deserve prayers. I just had a hard time with the term Rest in Peace over a murder. Prayers up