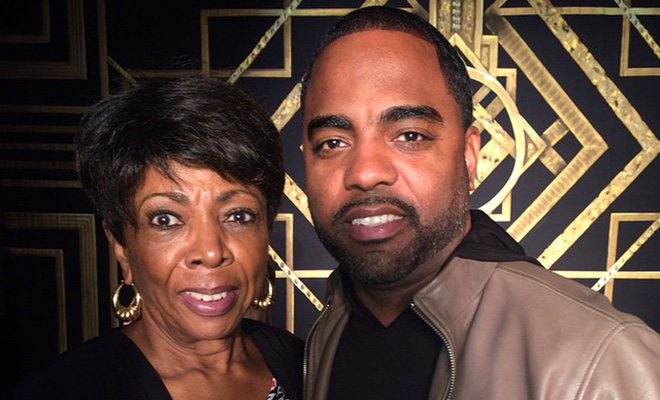 Wells appeared on “RHOA” and the “Kandi’s Wedding” special alongside her son Todd Tucker and daughter-in-law Kandi and was known on the Bravo reality series as “Miss Sharon.”

The Daily Mail reports Miss Sharon suffered a stroke Monday and after being found by a friend was rushed to the hospital, where she slipped into a coma overnight and died the next day.

Todd and Kandi flew to NYC from Atlanta after receiving the call about Todd’s mom, who was reportedly unconscious when they arrived at the hospital.

Todd later took to Instagram sharing a recent photo of the two of them together (above) and expressing his extreme sadness about the loss of his mother, who he called his “best friend.”

Today I lost my partner, my ride or die my best friend! I don’t know what to do? I’m lost! My heart hurts so much! She was a fighter, a warrior for her son! It was me and her against the world! She’s in a better place!! Mom I love you to death! Rest in peace! Kandi also took to Instagram and posted a photo of herself, Miss Sharon and Todd along with heartfelt message about the sadness she’s going through:

Today has been a tough day. Our family has suffered a terrible loss. Sharon was the best mother in-law! She was fun, energetic, loving, & caring. I loved how she liked to get up & go all the time. She would get you in check one minute & give you a hug the next minute. She still had a young spirit. It’s unbelievable that she’s gone. I’m so sad for @todd167 because they were so close… He talked to her every morning & all thru out the day, every day. It’s hard losing people that you love but when it’s out of the blue with no warning it just makes it that much harder…. I’m still in shock.