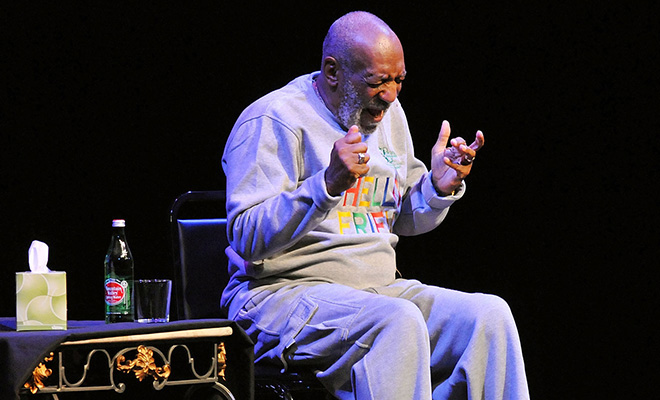 So far, sixteen women have come forward accusing Bill Cosby of sexually assaulting them in some way. Twelve of those women say he drugged them. Washington Post has a timeline of all the events which is really helpful in seeing which years he was most rapey.

Then there was last Thursday night where Cosby performed in the Bahamas for a women’s charity event for rape and domestic violence. There he mock-cried about the allegations and joked how he was an evil man.

He received a standing ovation. As he should have. Haha, mothers and kids aren’t eating his pudding snacks anymore because he allegedly drugged and raped women. That’s funny!