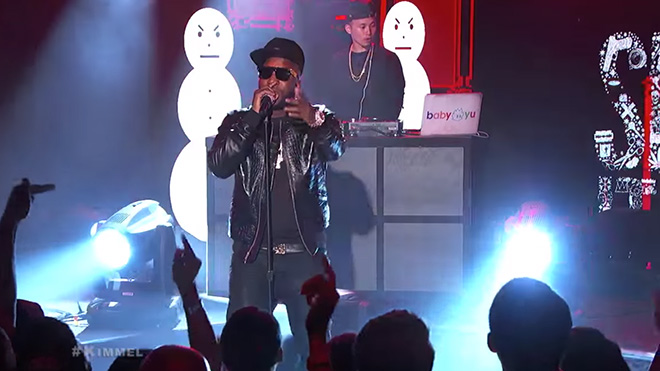 Jeezy is still making promotional rounds for his new album ‘Seen It All: The Autobiography,’ which was released in stores earlier this month on September 2nd (and is a solid album, btw).

Wednesday night (Sep 24), Jizzle made an appearance on “Jimmy Kimmel Live” and performed “Holy Ghost,” one of the signature tracks on the album.