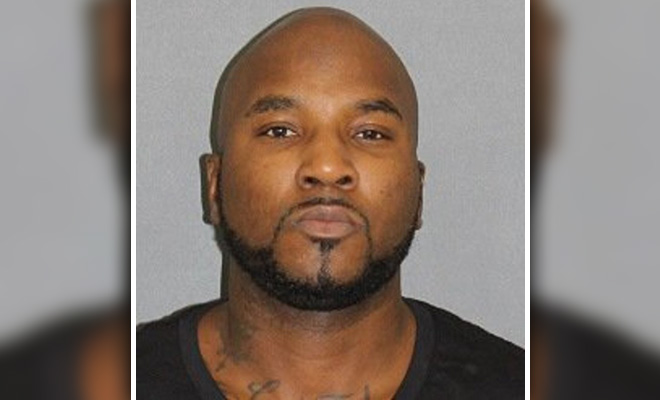 Young Jeezy was arrested Sunday (Aug 24) in California for possession of an assault rifle after cops found an AK-47 on the rapper’s tour bus.

Jeezy, who is currently touring with with Wiz Khalifa for the latter’s “Under the Influence of Music Tour,” was not able to leave his bus and was unable to perform that night at the Verizon Wireless Amphitheatre in Irvine.

According to reports, the 36-year-old rapper (real name: Jay Wayne Jenkins) was taken into custody after police executed a search warrant as part of the investigation into the murder of 38-year-old Eric Johnson, who was fatally shot multiple times Friday night (Aug 22) backstage at the concert at the Shoreline Amphitheatre in Mountain View.

A concert scheduled for the following Saturday in Chula Vista, Calif. was canceled, and Sunday night’s show in Irvine was the final stop for Wiz Khalifa’s tour, which also features Ty Dolla $ign, Rich Homie Quan, Sage the Gemini, Iamsu! and others.

While no one has been arrested and charged for the murder, Jeezy and five others — Kena Marshall, Peter Maynard, David Kuniansky-Altman, William Gilmore and Alexa Beason, who are all members of Jeezy’s entourage — were charged with suspicion of possession of an assault weapon.

Online records show that Jeezy is currently being held at the Orange County Central Jail on $1 million bail and he is due in court on Wednesday (Aug 28).