GOSSIPONTHIS.COM Entertainment Usher Dances Up a Storm in “She Came To Give It To... 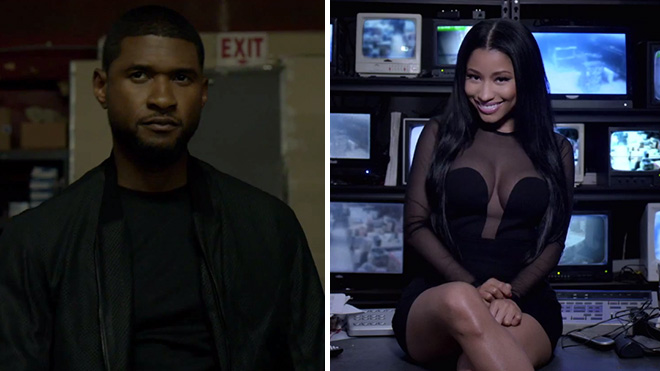 Fresh off performing with Nicki Minaj at the 2014 MTV VMAs, Usher shows off his slick dance moves in the video for their single “She Came To Give It To You,” which was released online yesterday.

Most of the video takes place in an underground club, an if you look closely, you’ll also catch a few appearances from the song’s producer and co-writer Pharrell Williams.

About halfway through, you see Nicki Minaj strutting her stuff in a tight black dress, and she spits her verse in front of a wall of TVs.

The song will appear on Usher’s upcoming album UR, due out this fall.

Watch Usher & Nicki Minaj’s “She Came To Give It To You” video above!