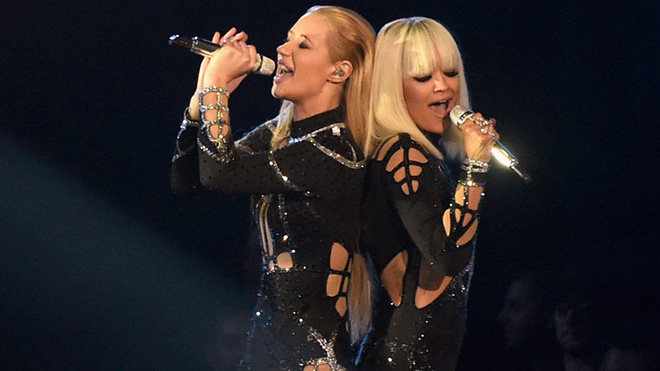 Donning blonde wigs and matching cut-out glittery black bodysuits, Azalea and Ora joined forces to reenact their Kill Bill-inspired music video, and even had Taylor Swift dancing along in the audience.

“Black Widow” follows “Fancy” as the next single from Iggy’s debut album The New Classic.