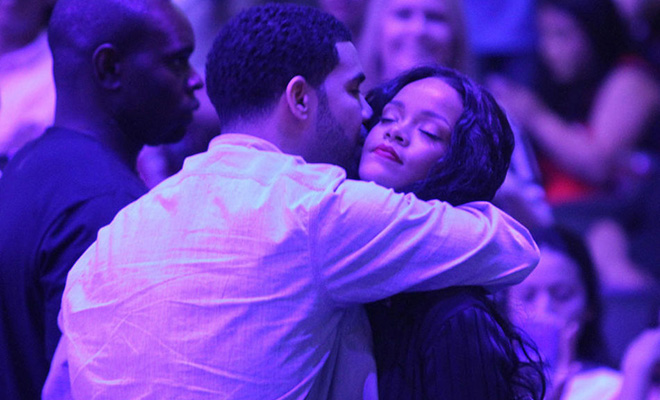 Drake is claiming he never intended to make Rihanna out to be the Devil.

Last Monday night (Aug 4) at his OVO Festival concert in Toronto, Drake performed “Days In The East” while a devilish photo of Rihanna along with three sixes showed up in the background.

Many took it as Drizzy’s way of saying Rihanna was evil, but he’s stating the exact opposite.

A couple days later, Drake sent out a tweet clearing up what he meant by the photo.

My album title is VIEWS FROM THE 6. The 6 is Toronto. Rih is a great girl who I know is about to kill this tour with Eminem. It’s all love!!

We guess Drake is telling the truth, but we still think he has some animosity toward RiRi after their break-up. What do you think?