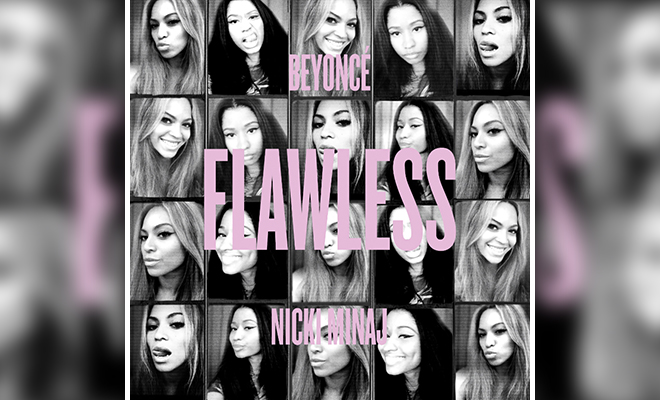 Of course sometimes sh*t go down when it’s a billion dollars on an elevator! — Beyoncé

Looks like the rumors were true that Nicki Minaj pushed back the release of her new single “Anaconda” to join THA MOTHAF**KIN QUEEN on a brand new remix to “***Flawless.”

The song was released last night via Queen B’s official website, and on it, Beyoncé spits hot fire with her “flawless” rhymes. Our favorite lyrics from Bey’s verse:

These thots can’t clock me nowadays, You wish I was your pound cake, Boy you know I look good as f*ck / You wish I was your babymomma, Want me to come around and give you good karma, but no / We escalatin, up in this bitch like elevators, Of course sometimes sh*t go down when it’s a billion dollars on an elevator…