GOSSIPONTHIS.COM Celebs T.I. Says He Doesn’t Do Any Ghostwriting for Iggy Azalea 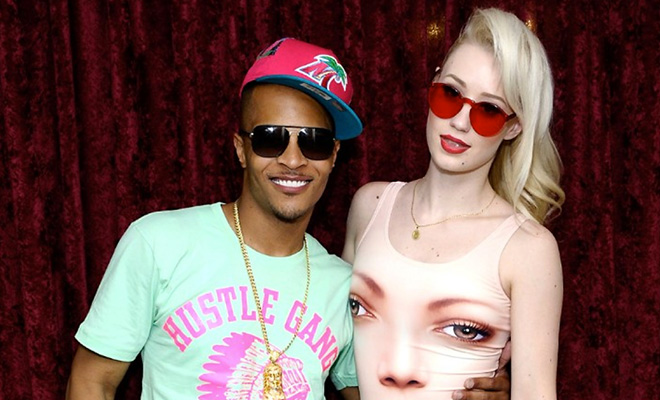 Rumors recently sparked that T.I. was writing rhymes for his artist Iggy Azalea after Nicki Minaj took a jab at Iggy during the BET Awards when she said, “What I want the world to know about Nicki Minaj is when you hear Nicki Minaj spit, Nicki Minaj wrote it.”

Everyone assumed Nicki was referring to Iggy, but T.I. explained in an interview with Detroit’s 105.7 radio station that while all artists get a little help here and there “with hooks and certain things like that,” Iggy actually raps her own rhymes.

Here is his full statement on the situation:

“I mean, I ain’t no ghostwriter. Iggy got her own ideas and thoughts that she presents to the world her own way, man. I couldn’t write a lot of the sh*t she say. I couldn’t put her thoughts into words as articulate as she does. She just has a different way of presenting herself and her art.

“Now, don’t get me wrong, everybody in the studio helps with hooks and certain things like that. That goes for me and any of the other top five rappers. Everybody. It could be a producer, a homeboy, you want the best ideas. If Iggy could have a mentor, I guess I’m the closest thing to it.”

Do you believe Tip or do you think he’s just trying to save Iggy’s a-s-s?