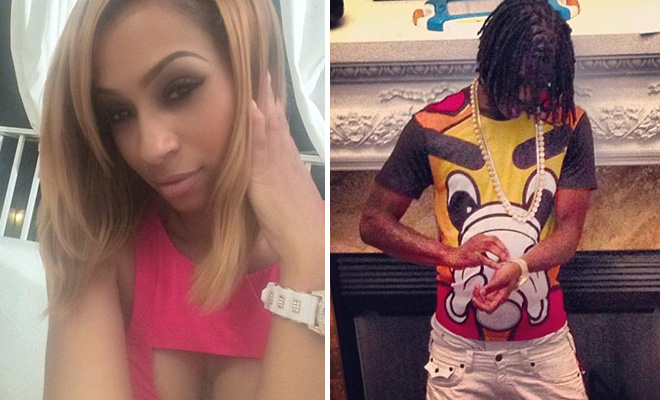 Is Karlie Redd trying to hook up with Chief Keef?

The 40 or 50-something-year-old “Love & Hip Hop Atlanta” star was recently flirting it up with Sosa on Twitter and even called the 18 year-old rapper her boo.

It all started when Karlie retweeted a picture a fan posted of Chief Keef saying that he was “the real Daquan.”

Keef caught wind of Karlie’s tweet and the two went back and forth from there.

Karlie Redd and Yung Joc are still together from what we hear, but it wouldn’t be at all surprising if they broke up and she got with Sosa. This chick has been with everybody from Benzino and Roscoe Dash to Jeremih and finally Joc. Now that’s what you call thotting all over the world…

Check out Karlie’s Twitter exchange with Chief Keef below:

RT @ThaRealPrestige: That would go if @ChiefKeef and @KARLIEREDD went on Love And HipHop together > ????