GOSSIPONTHIS.COM Celebs Jay Z & Beyoncé’s “On The Run Tour” to Air on HBO... 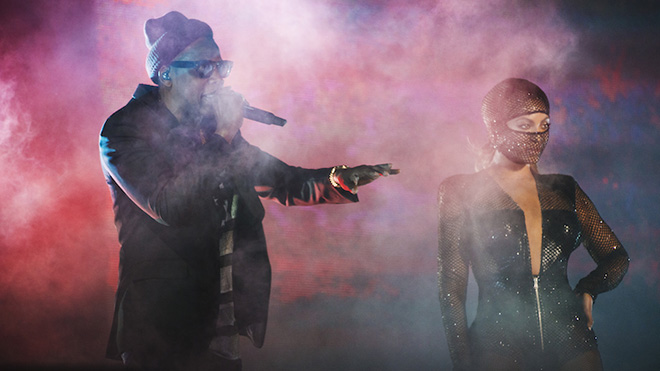 UPDATE: HBO has confirmed that the special will air September 20th!

Beyoncé & Jay Z are traveling across the country and will also make a stop in Europe for their “On The Run Tour,” and while most (if not all) dates have essentially sold out, those of us who missed out on seeing the show live will get a chance to see it on television, thanks to HBO.

Last Thursday, the network announced at the TCA summer press tour that they will premiere “On The Run Tour: Beyoncé and Jay Z” this September.

The special will be filmed during the September 12th and 13th dates in Paris at the Stade de France and will feature Beyoncé and Jay Z performing more than 40 songs from their respective catalogs in their first collaborative tour.

“This is a major musical event that belongs on HBO,” said HBO’s president of programming Michael Lombardo. “It’s going to be a night to remember.”

Bey and Jay’s “On The Run Tour” — which will travel to 19 dates in the United States and two in Paris, France — kicked off last month in Miami.

This isn’t the couple’s first dance with HBO either, as Beyoncé is currently appearing in “Beyoncé: X10,” a 10-episode series of four-minute segments from her “Mrs. Carter Show Tour” that air before new episodes of the final season of “True Blood.”

Beyoncé also appeared in her feature documentary “Life Is But A Dream” last February 2013, and Jay Z’s “Picasso Baby: A Performance Art Film” premiered on HBO in August.

Ahead of the September 2014 premiere of “On The Run Tour: Beyoncé and Jay Z,” HBO has released the first official trailer showing a small hint of what we can expect later this summer.

Watch the trailer above!