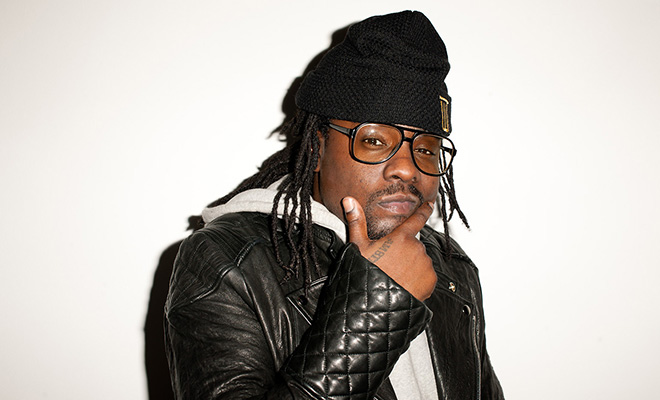 Not only did the MMG rapper get called out on Twitter for being a “hatin’ ass cornball” by his labelmate Meek Mill over Wale not supporting Meek’s new album, but he also released his new single “The Followers.”

“Ok well I have been in a different space writing a lot reading a lot and keeping to myself.  Retracing my steps, here is a new song called “the followers” just basically talkin about where I been at mentally. Tryna bring u closer to #nothing album.” Wale tweeted.

Listen to the track below:

Before releasing the song, Wale took to his own Twitter and Instagram and responded to Meek calling him out with a long-winded message:

Few weeks ago. (7w) I posted this .but ok. Movin along . My Avi always changed when it’s THAT time .. Ok that’s not enough y’all see “razor ramon ” post on his no. But I don’t care.. I wrote a long ass post day before his single dropped .. Mariah record dropped nobody said a word I didn’t care .. I still don’t… I carry myself with confidence and humility ., I always try to have a lighter side to MMG.. Cuz I understand I don’t “fit the mold” so if I’m tryna spruce an interview up to show that we not tryn be “serious tough guys” on the red carpet Or try to be a bit more engaging to broaden our audience forgive me . I never wanted anybody to think we take ourselves THAT serious. (Were rappers )I don’t need to take anybody shine.. Or hate on anybody . I walk in a completely different world .. Where I look for slp jeans and Shanghai dunks online and know what “kayfabe” means. I check nbadraft.net daily . I’m on whatculture allll day I enjoy shyt like that. I play fuckin Zelda and fuck wit bitches who teach yoga and paint… I get it . I’m different . I always embrace that shyt.. I encourage y’all to embrace what y’all like or the person y’all wanna be.. I text niggas happy Father’s Day and get no reply .. I laugh it off .. I laugh at how I write songs about “chain music” and y’all get lost or “600benzz” i like to have fun with our culture. Because I beleive I add THAT to a “gangster rap” faction. I made my opportunity work for me that way. I write poems . I watch wwe . I collect kicks. I’m sensitive ok. Maybe bi polar. But one thjng I’m not is a hater.. I see Daquan jokes all day yesterday and patted myself on the back that I’m regarded as the aforementioned adjectives and not “Daquan”. I’m me and I’ll be me and do this shyt wit my “dew” till I don’t wanna do it. I encourage you to wake up soon as you find time. This was a post about #nothin ?

Too much character . For twitter. IG was the platform . The long winded Mr. Folarin Speaks ?