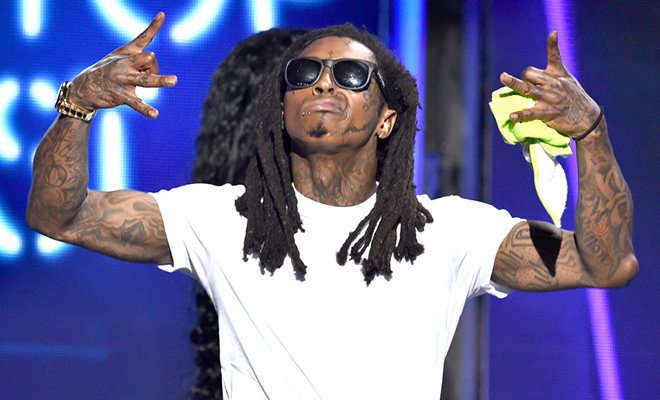 Lil Wayne has given his fans an update on the release of his highly anticipated album Tha Carter V.

Weezy is known for his album pushbacks, but he always comes through with a top notch project that ends up selling millions of records, so it wasn’t surprising to hear that Tha Carter V‘s original May 5th release date would be pushed back to a later date.

But in a new interview with MTV, while Weezy is still unsure of an exact release date for his rumored last major studio album, he assured fans that his album is 100% finished.

“I think it drops in like September or August, I don’t know. It might drop before that in July, I don’t know,” he said. “I’m finished.”

Someone off camera then informed Weezy that the record would be dropping either on August 25th or 29th (likely the 25th though since it’s a Tuesday and albums are usually released on Tuesdays, but you never know…), which is far from “official,” but that’s all we have to work with for now.

Last month, in an episode of his “Weezy Wednesday” weekly video series, the YMCMB head honcho announced that he would be releasing another album, in addition to Carter V, and he also touched on that in his MTV interview, saying that the project would drop around “2 months” after C5.

“If Tha Carter was to drop in August, it would be October,” he revealed of the project, which he plans on calling D.O.A. (Da Other Album).