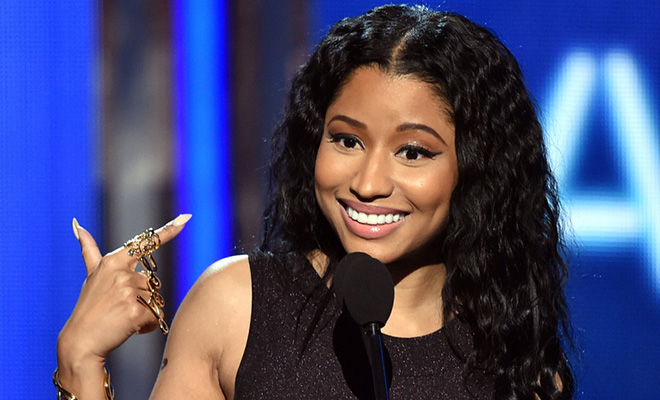 As we previously reported, for the fifth straight year in the row, Nicki took home the award for “Best Female Hip Hop” artist, and even though she’s won the award FIVE YEARS IN A ROW, she still managed to steal the show with her acceptance speech.

The rapper rambled onstage when accepting her fifth consecutive win for best female hip-hop artist, where she thanked Lil Wayne for his support, talked about writing her own lyrics and about getting the credit she deserves in the industry.

“The other day, literally I didn’t tell anybody this, I really thought I was about to die. Like, I was saying my prayers to die. And I didn’t even want to call the ambulance because I thought, ‘Well if I call the ambulance, it’s going to be on TMZ,'” she said, as some of the audience laughed.

“And I would rather sit there and die,” she added, looking to the crowd. “And it made me realize I don’t care what anybody got to say. I’m going to do me.”

Nicki — who took to the stage earlier in the night to perform her single “Pills N Potions” — has yet to explain what the f*ck she was talking about.