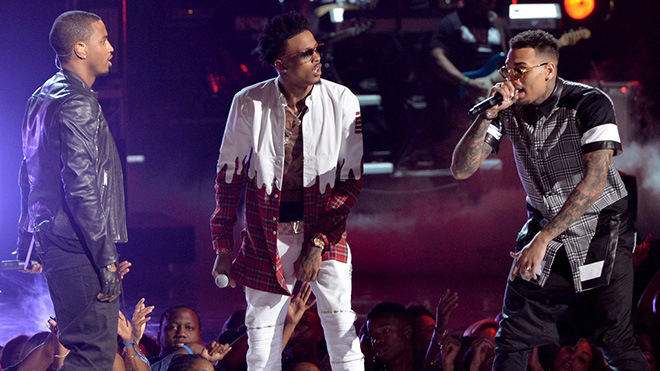 Watch out TGT, there’s a new R&B trio in town!

After giving an emotional speech for his “Best New Artist” award, August Alsina hit the 2014 BET Awards stage to perform “Kissin’ On My Tattoos” and “I Luv This Shit.”

Alsina then surprised the BET Awards audience by bringing out Trey Songz (we guess the beef is officially squashed now?) and Chris Brown for the “ILTS” remix.

Afterwards, Trigga hugged and dapped up his R&B bros and remained on stage for a solo performance of his hit single “Na Na.”