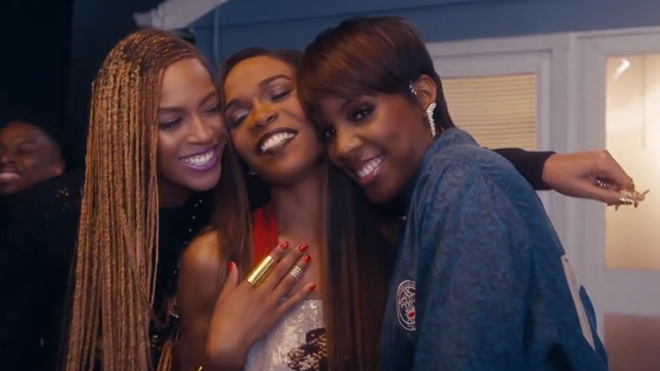 Michelle Williams reunited with her Destiny’s Child bandmates Beyoncé and Kelly Rowland for her new single “Say Yes,” and the ladies got together for a true DC3 moment for Williams’ new music video (directed by Matthew Cherry), which debuted last week on “Good Morning America”

The feel-good record, which features an EDM-inspired beat, centers around Christianity as an ode to Jesus and features solo vocals from all three women. “It’s Destiny’s Child time again,” Beyoncé said. “This song is so inspiring and it’s not enough music out there like this and I’m proud to be a part of it.”

Michelle, whose new album Journey to Freedom drops September 9th, added, “We’re still loving each other, supporting each other. They have no idea what it means to me and I think it’s full circle. We’re still rocking it out.”