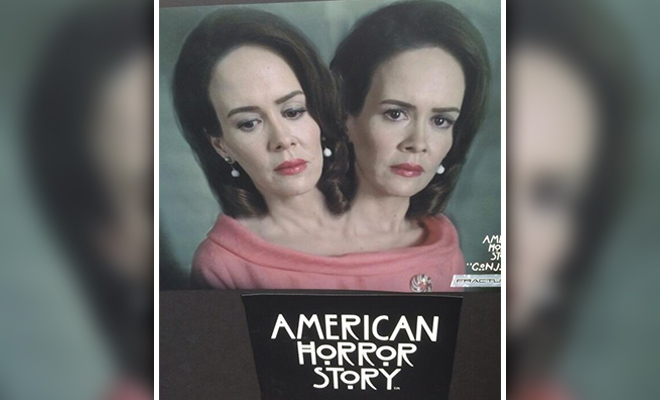 Two heads are better than one!

Sarah Paulson finally announced who her “American Horror Story: Freak Show” character will be, and it definitely lives up to the show’s fourth season title.

Paulson made the announcement by tweeting a photo of herself with two heads: one for “Bette,” the other for “Dot.”

So excited to be playing Bette AND Dot this season. Two heads are better than one! #AHSFREAKSHOW pic.twitter.com/jdZJSPercn

Though show runner Ryan Murphy has been pretty elusive about what fans can expect in the new season, he has been passing on a few details here and there over the past few months.

So far, what we know about the new season is that it will be set in Jupiter, FL in the 1950’s, Jessica Lange will play a German expatriate running a freak show carnival, Denis O’Hare will play her rival collector of freaks, and Kathy Bates, Angela Bassett, Evan Peters, Frances Conroy and a few other fan favorites (including Emma Roberts…YAY!) are also expected to return as performers whom Lange’s character has rescued.

Sarah Paulson said in an interview with E! News last week her reaction to reading the first script for “Freak Show” — which premieres in the fall — was two words: “Holy shit!”

“I feel like that’s the appropriate reaction you want when you read the first script ofAmerican Horror Story,” the Emmy nominated actress explained with a laugh.

“So it’s very exciting and totally nerve-wracking in the best way because you think, ‘How the hell am I going to pull this off?!’ And as an actor, I think that’s an exciting thing to feel.”

She described AHS Season 4 as a hybrid between the previous two seasons, “Coven” and “Asylum.”

“There’s going to be a little bit of a richer and potentially darker tone the way ‘Asylum’ had, but with the humor infused from ‘Coven,'” Paulson said.

Sounds good to us! 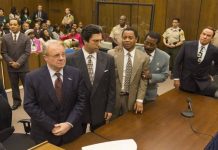