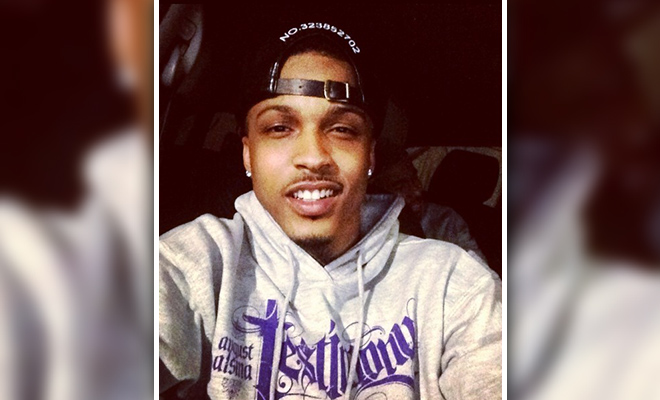 First it was on “106 and Park,” now August Alsina is showing his ass at live shows.

The R&B newcomer spazzed out during a recent concert in Little Rock, Arkansas after someone in the crowd stole his hat straight from his head.

August was crowdsurfing when the hat magically disappeared causing him to immediately stop the music and confront the crowd.

August, who appears to be furious in the video, demanded his hat back and refused to let anyone leave the venue until it was back in his possession.

“Who got the hat?! On some G sh-t! Don’t play with me like that, my n-gga! I came out here to f-ck with y’all so if you got it, ain’t NOBODY leaving out this b-tch until I get it back! Straight up! Where it’s at?! Are we gon cause a muthaf-ckin riot or what?! Where it’s at?!”

According to Necole Bitchie, the reason August went off about the hat is because the hat holds sentimental value to him, it was a gift given to him by his now-deceased older brother Melvin.

Despite cursing out the crowd and abruptly ending the show, Alsina tweeted that he had a good time in Little Rock:

Lol I had fun in little rock. iLove yal