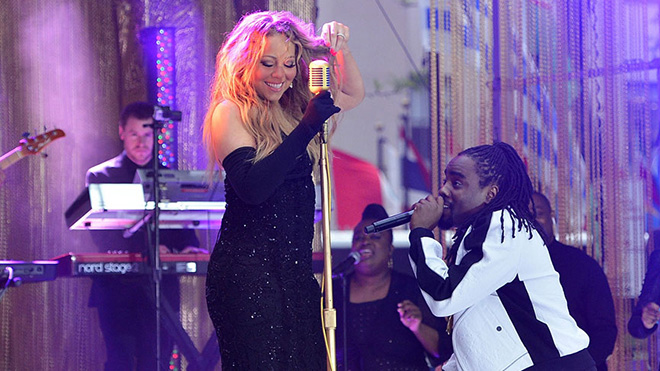 Mariah Carey took over the Rockefeller Plaza in New York City Friday morning (May 16) to promote her upcoming 14th studio album ‘Me. I Am Mariah… The Elusive Chanteuse’ — the title of which she said came from a self-portrait she did when she was 3 years old.

After updating her fans about her life and discussing her new album, Mariah — wearing a sparkly black dress and a long black fingerless glove (she’s still recovering from a shoulder injury from last July) — lit up the plaza with performances of “Touch My Body,” “Always Be My Baby” and her new song “You Don’t Know What To Do” featuring rapper Wale.

Mariah also sat down with Matt Lauer for a primetime special called “Me. I Am Mariah,” which will air May 31st on NBC. Her new album drops May 27th.

Watch Mariah Carey’s “You Don’t Know What to Do” performance on ‘Today’ with Wale above, and check out the other performances — as well as her short interview — below: