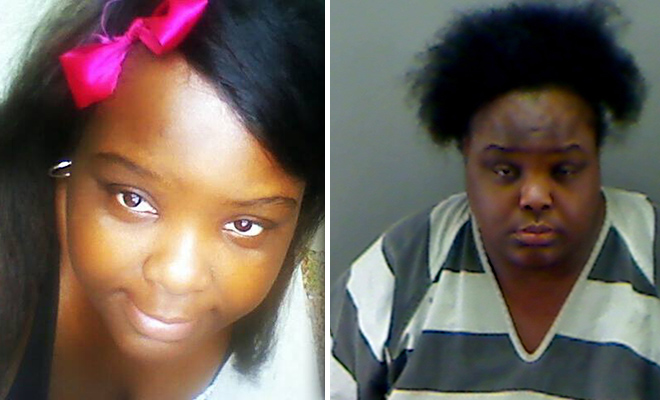 A high school sophomore in Texas was arrested earlier this week after police discovered that she was actually well over 30 years old.

With the help of a “guardian,” 34-year-old Charity Anne Johnson allegedly enrolled at New Life Christian School in Longview, TX as a sophomore under the name “Charity Stevens,” KLTV reported.

Johnson’s guardian was a woman named Tamica Lincoln, who said Charity told her she was 15 years old and needed somewhere to stay.

“I sympathized with her, and invited her into my home,” Lincoln said. “I took her in as a child, did her hair, got her clothes and shoes…”

Lincoln says Charity claimed she was abused by her biological father who has since passed away, along with her biological mother. Lincoln acted as Charity’s guardian and even met with Charity’s 10th grade teachers at New Life Christian School.

“I just don’t know why she did it. Why put yourself and others at risk to do something like this?” she wonders. “I have deep concerns about her being who we don’t know she is, and then she’s out there at the school.”

As soon as Lincoln and Paul Ward suspected Charity was using a fake identity, they called the police and went straight to the school. “Teachers were crying and students were crying, and her best friend just couldn’t believe it.”

Lincoln said she reached out to a number of people on Facebook who claimed to know Johnson, but none of them offered to help or wanted to do anything with her.

Johnson was arrested Sunday night (May 11) at an apartment after residents told officers they had reason to believe she was lying about her age, and they needed help making her leave the building.

Police said Johnson gave them the name “Charite Stevens” and a birth date of November 24th 1997 — the same information she used to enroll in school, where she had been a student since October 2013. It took until now for school officials to discover that her identification was fake.

Johnson was booked on charges of failure to identify and giving false, fictitious information. She remained in the Gregg County Jail on $500 at press time.