GOSSIPONTHIS.COM Hip Hop Tiny & Her BFF Shekinah Respond to T.I. with “Cut It Off” 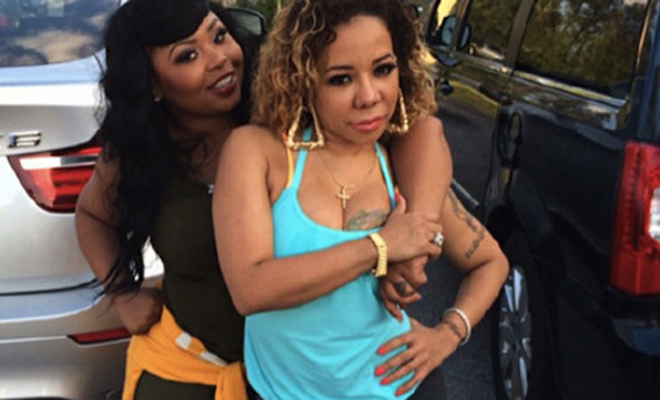 All obviously isn’t well with T.I. and Tiny.

Yesterday Tiny and her BFF Shekinah dropped a new song called “Cut It Off,” a remix to K.Camp’s “Cut Her Off.”

On the track, Tiny raps:

“I know that’s yo man hoe, he aint go no bands though / Finesse him out a check, you know he just another fan hoe / You say you the plug, but that nigga aint got a gram though / That nigga just a local i know bosses in Japan though.”

Shekinah also goes off and delivers some decent bars.

Even though the lyrics don’t seem to be aimed directly at Tip, we still for some reason feel as if he was the inspiration for at least some of the song.

Just recently, Tip released a remix to Jhene Aiko’s “The Worst,” addressing Tiny for blasting him on social media and uploading photos of her booty on IG, so it appears Tiny is letting him know two can play that game.

Listen to Tiny & Shekinah’s “Cut It Off” here: