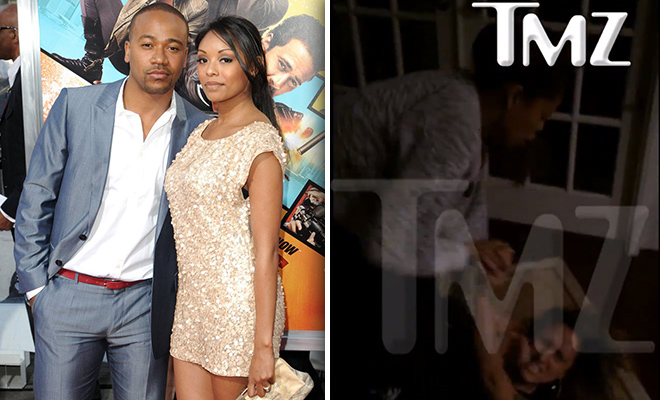 As we previously reported, McCall filed for divorce and obtained a restraining order against Short after he allegedly choked her out, threatened to kill her and put a knife to her throat. Short had also been accused of ransacking their home over Easter weekend.

But now, Columbus is firing back with a clip showing Tanee beating the crap out of his friend Tilly Key.

The fight went down just a day after Columbus was arrested for domestic violence charges February 18th.

The next day — after Columbus bailed out of jail — he asked his friend Tilly Key to come to his house to pick him up.   We’re told Tanee went ballistic when she saw Tilly in the house, and that’s when Tanee attacked.

Tilly wanted TMZ to post the video, to show Tanee is violent and even threatened her life.

It’s obvious Columbus is trying to prove his wife is violent and he isn’t the only one in the wrong.

Regardless … this still is not a good look for Columbus and he already lost his job on “Scandal,” so he may as well just give it up!