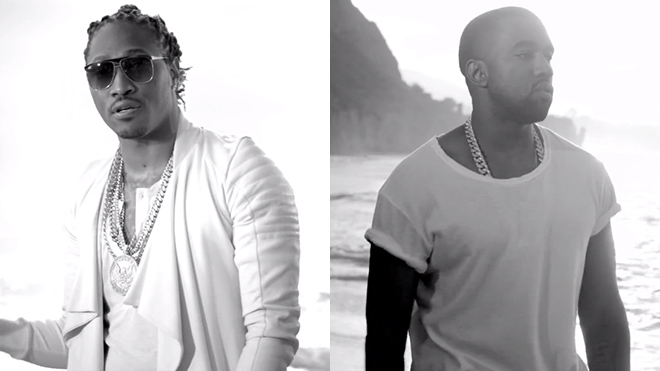 With just a few days left until his sophomore album drops, Future has released the official music video for his latest single “I Won,” featuring Kanye West.

In the song, both rappers brag about having trophy girls: Kanye praises his future wife and baby mama Kim Kardashian and Future shouts out his own fianceé Ciara, who is pregnant with their first child together.

The video (directed by Hype Williams) sees Future and Kanye hitting the beach with some bikini-clad women, filling in the places of Kim and Ciara.

“I Won” appears on Future’s second album ‘Honest,’ which is due out on Tuesday (Apr 22) and will feature guest appearances from Drake, Andre 3000 and Lil Wayne.