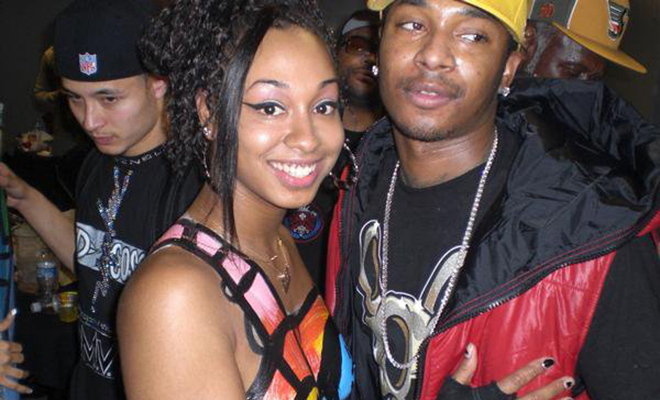 “Right Thurr” rapper Chingy recently sat down with VladTV and reflected on his failed rap career, which he says was caused by rumors that he was messing around with known transgender model Sydney Starr … and not the fact that he’s just not a very good rapper.

In the interview, Chingy explained how he simply took a friendly picture with Starr during a show that he and Ludacris were performing at in Chicago, and two years later, she came out with the wild accusations that the two were intimate.

“I remember that day we had that show when me and Ludacris had that show in Chicago. The promoter had some girl dancers on stage that were dressed in body paint just for promotion, promoting whatever he wanted them to promote. And one, who I thought was a young lady, came up to me that wanted a picture, I just took a picture. I thought she was a fan. I thought it was a young lady who was a fan. She seemed pretty cool. I took the picture and that was it.

He also talked about how the lies were damaging to his career and caused him to lose a record deal.

“It goes to show you how many people wanted it to be true. That’s what it goes to show you. It goes to show you that that person, who nobody knew, had that much power to come out and say one negative thing about me and a whole mass of people just instantly took to it. And they didn’t have not one piece of evidence, a clue, nothing.

“Before I got in this business, I didn’t know anything about somebody trying to sabotage my career [and] my name. That was foreign to me. I thought, I ain’t did nothing to nobody. Why would they want to try something like that with me? So that was foreign to me, so when them people did that it was a shock, but I still was cool. I still was good, but everybody else was taking to it. It actually…it injured my career a little bit. I watched it happen.

“I lost a deal because of that . . . A record situation. I lost a deal over that . . . Because it was said to me. ‘Cause it was so much bad publicity around that. It’s crazy. So crazy. It’s so crazy man. I’ve never been through a sabotaging situation like that, and it was so fabricated. False. And I watched people take to it and it was just crazy. I can’t even . . . it was beyond me.”

Even though Sydney Starr later admitted her claims of being in a relationship with Chingy were a lie, the damage had already been done … but Chingy says he doesn’t harbor any bad feelings, and believes that Sydney Starr will come across her dose of karma one day.