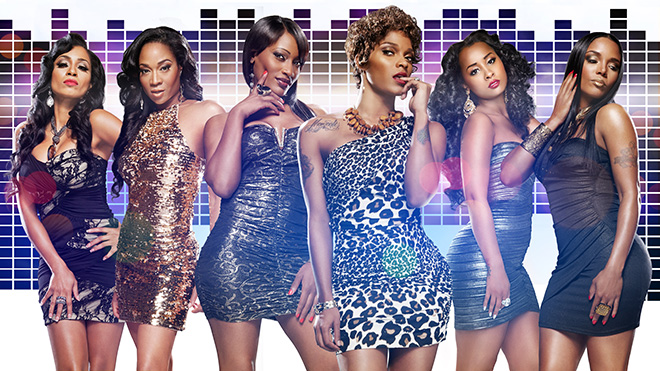 VH1’s top-rated reality series “Love & Hip Hop: Atlanta” is back for a third season of drama and overall shenanigans, and today, the network unveiled the action-packed extended super trailer.

The new season kicks off May 5th with the same crew — minus K. Michelle (who has her own show now) — along with a few new additions, including Waka Flocka Flame, his fianceé Tammy Rivera, former “Basketball Wives: L.A.” star (and Scrappy’s new girlfriend) Bambi, Kalenna Harper and Yung Joc, who, as we previously reported, is Karlie Redd’s new boyfriend.

Watch the “Love & Hip Hop: Atlanta” Season 3 Super Trailer above, and keep reading for the press release from VH1!

– Stevie J. and Joseline Hernandez are living in wedded bliss – a pill that many in Atlanta find hard to swallow. Though Joseline couldn’t care less about the opinions of her ‘haters,’ will this feisty starlet be able prove naysayers wrong with an extravagant (and public) ceremony worthy of her title as the “Puerto Rican Princess?”

– Mimi Faust is dealing with a scandal of her own when a sex tape “mysteriously” leaks starring her and boyfriend Nikko – a man her closest confidants don’t trust. Although she stands to gain notoriety and fortune, the mother of one must determine if the reward outweighs the repercussions that could potentially destroy her friendships and family.

– Over in the “palace,” Lil Scrappy is dealing with life after rehab. Post-Erica, Scrappy has gotten close with rapper Bambi, but true to form, he’s still out playing the field and Momma Dee has no issues playing referee.

– Erica Dixon has left the drama of her on-again/off-again romance with Scrappy behind and is instead focusing on new endeavors, her up-and-coming fashion line and the possibility of finding love again.

– The rollercoaster that is Kirk and Rasheeda’s marriage continues to spin out of control as the family’s newest addition, Karter, raises questions that threaten the peace and harmony of their household.

– Meanwhile, Benzino has abandoned the hot tubs and numerous vixens now that he’s found his match in fiancée Althea, a woman whose past may threaten their future together.

– Karlie Redd no longer mourns her breakup with Benzino and has moved on with Yung Joc (“It’s Goin’ Down”), a hit maker who just might have the connections she needs to finally break into the music industry. But will jealousy between the two destroy the beautiful music they make together?

– Newcomers Waka Flocka Flame (“No Hands”) and fiancé Tammy Rivera have been through a series of ups and downs over the course of their three year courtship, but now the time is right for the pair to take the next step together while still pursuing their own personal endeavors.

– This season will also introduce singer/songwriter Kalenna Harper, one-third of Diddy-Dirty Money, who has moved to Atlanta with husband Tony aka “T.Vick” in a last attempt to re-launch her solo career.

Now in its third season, the series continues to give fans an unfiltered look into the lives of those aspiring to make a name for themselves in ATL – whatever it takes.

With new players entering the game, the stakes are higher than ever before. Who will emerge victorious? Find out Monday, May 5 at 8 PM ET/PT when “Love & Hip Hop: Atlanta” comes B-A-C-K (and in that order) to heat up the airwaves on VH1.