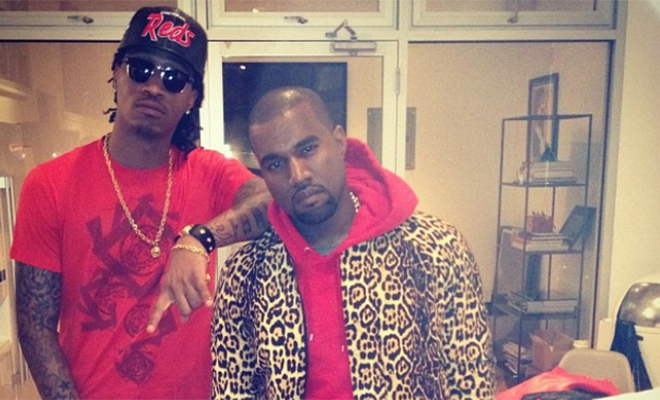 Future teams up with Kanye West for his new single “I Won.”

Both rappers brag about having trophy girls (Ciara and Kim Kardashian, obviously) on the track and they’ve already shot a video with director Hype Williams.

“I Won” will appear on Future’s upcoming album Honest, due in stores April 22th.