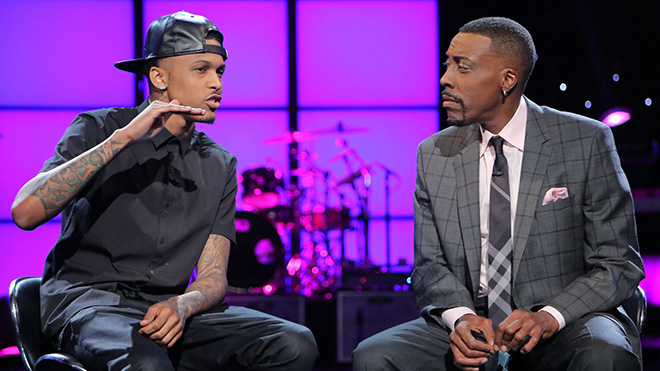 R&B newcomer August Alsina stopped by “The Arsenio Hall” show Tuesday night (Apr 1) to promote his upcoming debut album and to perform a medley of his hits, including his latest single “Make It Home” and his first single “I Luv This Shit.”

In addition to taking the stage, the self-made singer sat down with Arsenio and shared his story: going from being homeless on the streets of New Orleans to a self-made man, and making his dreams a reality.

“It’s a blessing to be here ’cause I knew where I came from,” August said.

“What was your bank balance two years ago?” Arsenio asked. “Whew! It’s definitely not what it is today,” August remarked, laughing.

August Alsina’s debut album ‘Testimony’ will be in stores April 15th and will feature guest appearances from Chris Brown, Rick Ross, Young Jeezy, Trey Songz, Yo Gotti and others.

Watch August’s “Arsenio” interview above and his performance medley below.