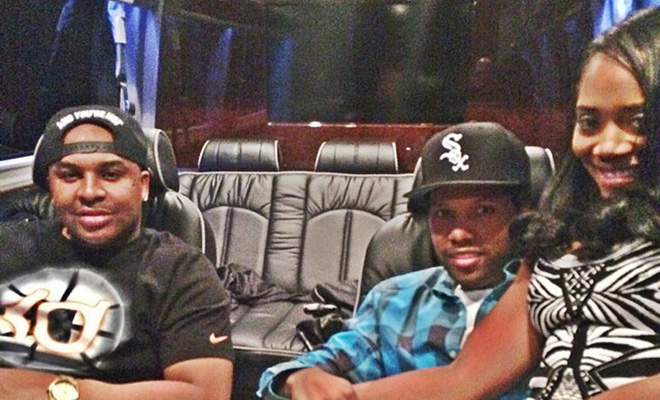 According to USA Today, the “Love & Hip Hop” star was officially released from federal custody on $600,000 bail Monday, and his fianceé Yandy Smith agreed to be responsible for $200,000 of it.

VH1 cameras were reportedly rolling outside the Yates County Jail, where Mendeecees had been held since January 2013, meaning that this is a moment that will be shown on the upcoming fifth season of “Love & Hip Hop: New York” (which is already filming, obviously).

Mendeecees was taken into federal custody last year after authorities seized millions of dollars in cash and jewelry from the 35-year-old reality star and his alleged cohorts Tyrus Harris (his brother) and Ronald “Kellz” Walker.

Walker, who was said to have arranged for the distribution of 40 kilos of cocaine and a single kilo of heroin through New York City, pleaded guilty to conspiracy charges and money laundering last August, and he was sentenced to 10 years in prison.

While many of us believed Mendeecees would meet the same fate, it looks like he won’t (which will likely bring up reports/rumors of “snitching,” but that’s a different story for a different day) be spending the next 10+ years of his life in federal prison, thanks to the mercy of U.S. District Judge Frank Geraci Jr., who agreed to release Harris.

Mendeecees’ brother Tyrus pleaded guilty before Judge Geraci on Monday, and he faces a prison sentence of about five to seven years.

Mendeecees’ lawyer Donald Thompson and Assistant U.S. Attorney Frank Sherman said in court that they’d been working toward a resolution with the case, and the bail agreement is enough to ensure Harris returns for future court dates.

As for the $200K Yandy had to put up to get her man out of prison (Talk about “ride or die!!!”), the Hip Hop talent manger — who was once named on Billboard’s list of Top 30 Music Executives Under 30 — ain’t got no worries.

“Mendeecees is a very good guy, and he’s very loyal and very trustworthy, so it didn’t take much for me to do it,” said Smith, who is the mother of Harris’ 20-month-old son and has been also raising his oldest son from a previous relationship.

Referring to the past year, Yandy remarked, “the hardest part is just watching the kids growing up without him; he’s so instrumental in their lives.”

We’re sure little Mendeecees (and even littler Mendeecees) are glad to have their daddy back home!

Here is the first OFFICIAL photo of Mendeecees as a free man with his ride-or-die chick Yandy: