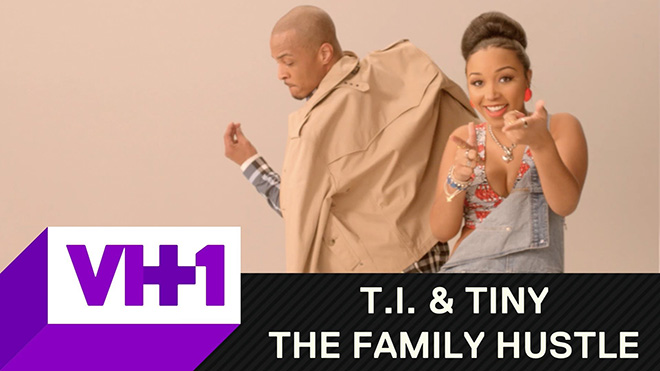 T.I. gets his Bill Cosby on in a new promo clip for the upcoming fourth season of VH1’s “T.I. & Tiny: The Family Hustle.”

Tip and the whole gang — his wife Tiny, their sons King, Major, Domani and Messiah, and their daughters Deyjah and Zonnique (aka Niq Niq) — pay homage to the “Cosby Show” by re-enacting the sitcom’s famous jazz intro.

This isn’t the first time The Harris family has honored The Huxtable crew. T.I., Tiny and their six kids posed for a photo that mimics a famous portrait of the “Cosby Show” family back in 2012 for In Touch Weekly, and the Harrises even call themselves the “Hip Hop Huxtables.”

Will you be tuning in to the new season?