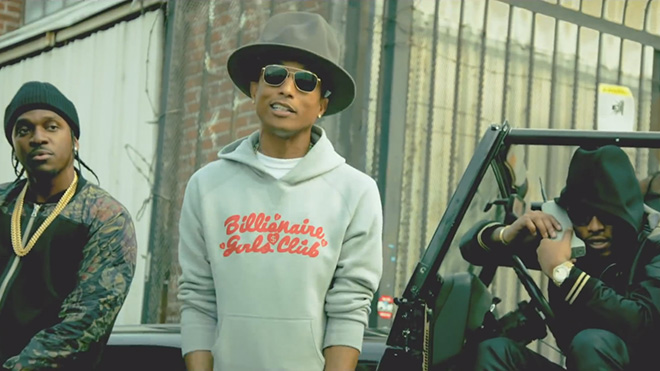 In the days following the release of his second solo album ‘G I R L,’ Pharrell Williams stole the show as he and his Smokey the Bear hat made a quick cameo in the video for Future‘s new single “Move That Dope.”

Oh yeah, Pusha T and some new guy named Casino (who is signed to Future’s “Freebandz” label imprint) were there too. No offense to you guys, but it’s all about Pharrell here!

Here’s a snippet of what he had to say:

The track will appear on Future’s upcoming album ‘Honest,’ which will be available on April 22nd.

And check out the “extended version,” which features Casino here: