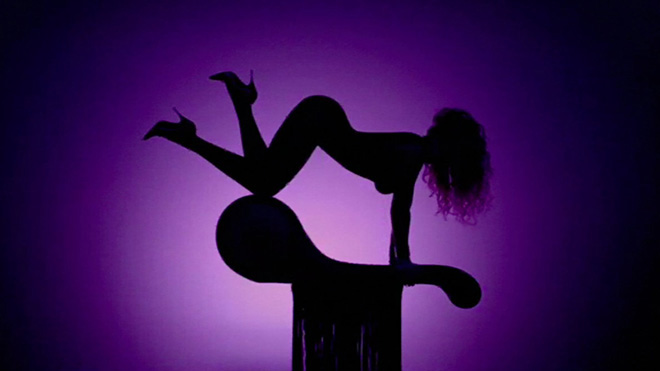 Beyoncé shows that she is a lady in these streets, but a freak in them sheets, in the sexy, sultry, alluring (we can go on…) video for “Partition,” the next single from her latest, self-titled album!

The video was initially released along with 16 others when Beyoncé went all “SURPRISE! NEW ALBUM!” on us last December, and now that Vevo has caught hold of the NSFW clip, it has been viewed nearly 30 million times in its first week alone on YouTube.

According to our friends over at Rap-Up, the video was inspired by Beyoncé’s visit to Crazy Horse Parisian cabaret on the day she got engaged to Jay Z.

“I just thought it was the ultimate sexy show I’ve ever seen, and I was like, ‘I wish I was up there. I wish I could perform that for my man.’ So that’s what I did for the video,” Bey said.

“It takes me back to when me and my husband first meet and he’s trying to scoop me and he thinks I’m the hottest thing in the world,” she explained. “I kinda had this whole fantasy of being in the car and this whole movie played in my head.”