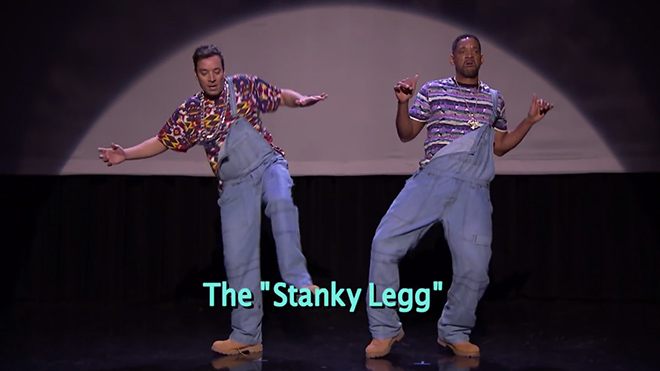 Out with the old … in with the new!

Jimmy Fallon started off his first night as the new host of the “Tonight Show,” and he busted out some serious dance moves.

In a segment titled “Evolution of Hip-Hop Dancing”, Fallon took to the dance floor with actor Will Smith, doing everything from the tootsie roll to twerking! (LOL) It’s something you could (and would) never see that old guy — Jay Leno — doing.