GOSSIPONTHIS.COM Celebs Justin Bieber Wants to Move to Atlanta & Change His Name to... 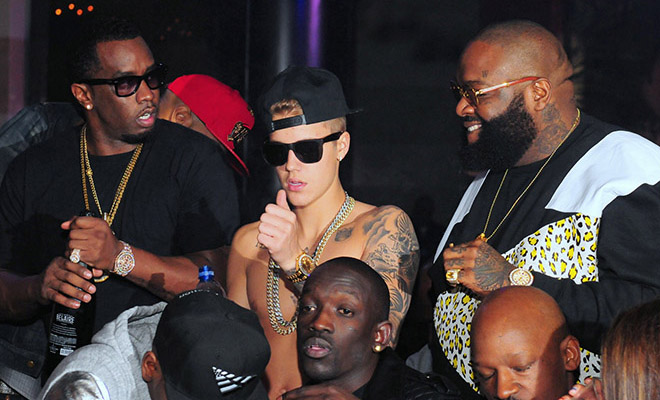 Tired of the oppression he’s experienced living in Calabasas, California as a rich white kid with waaaay too many black friends, Justin Bieber wants to move to Atlanta, where he can have all the fun and black friends he wants, and no one will complain about it to TMZ! Or so he hopes…

Also, Bieber’s been spending a lot of time in Hotlanta recently, hanging out (shirtless) with rappers like Diddy, Rick Ross, T.I., Jermaine Dupri and others, and since he’s soooooo deep in the Hip-Hop scene now, he can’t just be going around with some white boy name like “Justin Beeeeeber.”

So not only is JB making plans to move to the ATL, but he’s also thinking about changing his name to “BIZZLE!”

Bieber lived in Atlanta briefly when he first moved to the United States years ago — after Scooter Braun signed him — and his most recent trip has stirred up very fond memories.

In addition to Diddy, Bieber’s been hanging with southern staples T.I. and Rick Ross — and we’re told he’s already asked them about where to buy the nicest real estate in the city.

Added bonus — Atlanta isn’t the paparazzi hive that L.A. is … and Bieber has been enjoying the extra privacy … for now. (Of course, paps tend to go where the money is — and Bieber’s a walking bank.)

Justin even changed his Instagram handle to “bizzle” for a day, then switched it back to “justinbieber,” likely after coming to his senses.

I don’t know about you guys, but I refuse to call Justin Bieber “Bizzle.” I’m sorry, but I’m just NOT doing it, and I don’t think you should either.