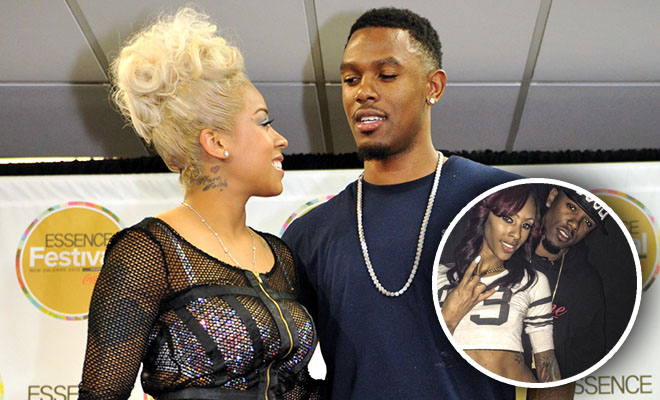 Keyshia Cole isn’t keeping quiet about there being trouble in paradise for her and her husband Daniel “Boobie” Gibson.

The “Should’ve Cheated” singer recently blasted a popular Houston stripper on Twitter named Ciara, who is rumored to be Daniel’s side piece.

You have to GO! Take yo ass back to HTown! U can have him boo. #Trust

Yea I made some good money off that one. What up? RT @JHONNIBLAZE: I should of cheated looking ass @KeyshiaCole lol

Just a few months ago, photos emerged online of Boobie making it rain on a lucky stripper who just so happens to be the same chick he is allegedly creeping around with. Keyshia also posted the following pic and message on Instagram:

“It’s a respect thing. No hate. Being honest and truthful May seem harsh or uncalled for at times. But relationships last longer that way. I guess that’s just knowing the one you love tho. GNight. No love lost. God got me to this point. He’s the only one who can take me out.”

Of course Boobie’s side-piece Ciara got word of Keyshia’s remarks and a friend of hers Jhonni Blaze, who is also a popular stripper in Houston, snapped back.

Look @KeyshiaCole if you really want to be honest real bitch shit your nikka only went there picked up 5k and dipped. And I’m done!

In other Keyshia Cole news, the R&B singer reportedly owes Uncle Sam $162,000 in back taxes.

In 2009, Cole embarked on her very first headlining tour, A Different Me Tour, that featured opening acts TLC, Lil Kim and The-Dream, but the government appears the 32-year-old signer still hasn’t paid taxes on that profitable year.

“We have made a demand for payment of this liability, but it remains unpaid,” the documents state. “Therefore, there is a lien in favor of the United States on all property and rights to property belonging to this taxpayer for the amount of the taxes and additional penalties, interest and costs that may accrue.”