GOSSIPONTHIS.COM Celebs Beyoncé & Jay Z’s “Drunk In Love” Soars to No. 2 on... 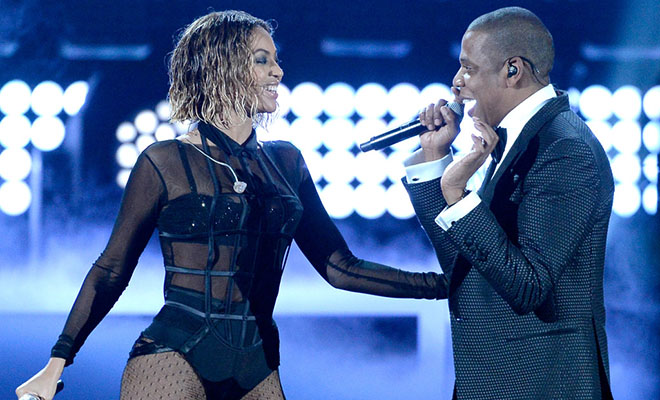 When Beyoncé released her self-titled visual album at the end of 2013, critics wondered whether or not the project would produce any hit singles. Well guess what? IT IS!

As of this week, Beyoncé’s “Drunk In Love” — the latest single from the album, featuring hubby Jay Z, is the No. 2 song in the country, up more than 10 spots from last week!

According to Billboard, DrIL sits right behind Katy Perry’s “Dark Horse” (feat. Juicy J), which is the No. 1 song on the Hot 100 chart for the second week straight.

The song marks her first top 10 as a lead act since 2009’s “Sweet Dreams” and is also Bey’s highest-charting single since “Single Ladies (Put A Ring On It)” spent four weeks at No. 1 in December 2008.

With 15 top 10s, Beyonce ties Connie Francis and Olivia Newton-John for seventh-place among women with the most top 10s in the Hot 100’s 55-year history. (She passes P!nk, Donna Summer and Taylor Swift, each with 14.) Among female soloists, Madonna leads with 38 top 10s (the best mark of any act), followed by Mariah Carey, Janet Jackson (27 each), Rihanna (25), Whitney Houston (23) and Aretha Franklin (17).

The happily married couple — who shut down the Grammy Awards with a performance of the same song earlier that week — ended with a hug and a kiss that made everyone in the crowd go “AWWWWWW!!!!”

Jay Z then bowed down and said “All Hail The Queen!!” as Beyoncé walked off the stage.

Check out the pics and video below: