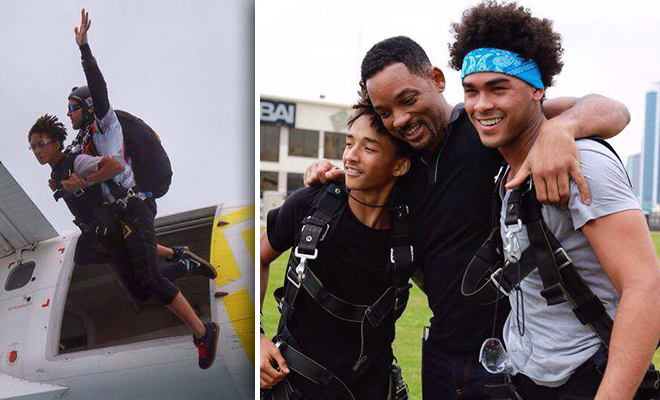 The men in the Smith household sure are brave souls.

Will Smith and his family (minus the girls, Willow and Jada) were on vacation in Dubai, and while the rest of the world was at home watching the Super Bowl on Sunday, Will, Jaden and Trey decided to do something different: SKYDIVING!

Jaden tweeted a pic of his once in a lifetime experience along with the caption, “So Yeah This Happened.”

So Yeah This Happened pic.twitter.com/9m3Tn57hoA

Will posted about the experience too, but on his official Facebook page:

So we’ve gotta ask… Would you allow your 15-year-old son to skydive? Or better yet …  would you even skydive your damn self?