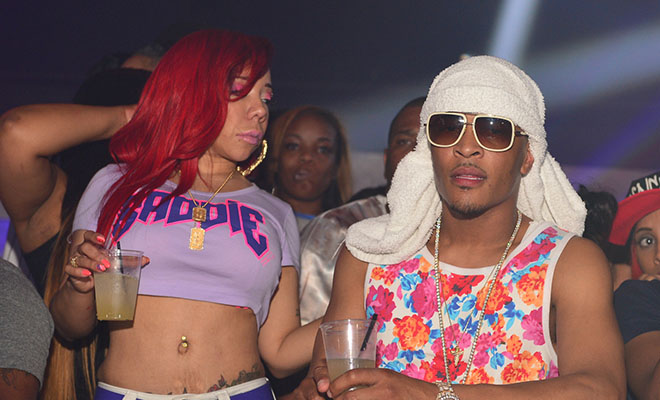 T.I. and Tiny aren’t splitting up after all.

The married couple of three years sparked divorce rumors earlier this week after taking shots at each other via Instagram.

Just days ago, Tiny posted the following pic and caption:

Repost frm my main @fk_ki These niggas be acting up & these B’s be letting em! True Story..My fav song right now!!! So what u saying Hoe!!

T.I. responded making the rumors seem even more real … and put it on “Phil” and “Doe B,” and everybody else that it’s Hustle Gang over “errrrthang.”

But now there appears to no longer be any trouble in paradise….

T.I. spoke with TMZ and revealed that he and Tiny got into an argument over the Grammys but made up the next day. How stupid!

Tiny wanted to walk the Grammy red carpet and watch the show but T.I. wanted none of it.  He says they angrily challenged each other on who would end up having more fun that night. T.I. says the next morning … they mended fences.

We’re glad to hear that T.I. and Tiny aren’t breaking up and all … but they could have left the bitter social media digs out of it.

No need to let the world in on a (rather childish) 24-hour disagreement over walking an awards show red carpet, ya know?