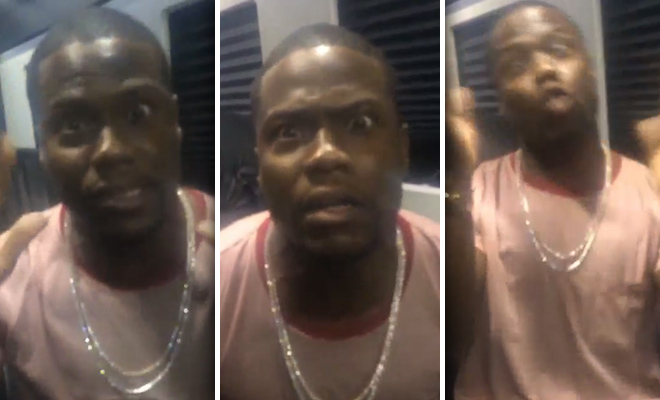 Hart’s buddy-cop flick “Ride Along,” in which he stars alongside Ice Cube, opened at No. 1 this weekend, pulled in nearly $50 million at the box office overall after the MLK Jr. holiday and set a new record for January movie openings … so you’ll have to excuse him for his severe excitement.

This isn’t the first time Kevin Hart has made headlines for stanning for Beyoncé. Last month, the actor/comedian fake fainted after Beyonce tossed him her towel during her concert.

Also, during a recent appearance on “Late Night with Jimmy Fallon,” Kevin shared a funny story about how he accidentally spilled a container full of juice all over Jay Z and Beyoncé at the club.